An MLK Day reading list on how his radicalism was erased.

An MLK Day reading list on how his radicalism was erased.

Though he is widely celebrated as a national hero—martyr to an inspiring dream about our country’s largest possibilities—many younger Americans now greet Martin Luther King, Jr.’s name with suspicion, viewing him as an essentially conservative figure.

The essays in this reading list offer critical engagement in place of canonization, recovering—and scrutinizing—the profoundly radical nature of King’s political, moral, and religious thought. Many essays come from our Winter 2018 issue Fifty Years Since MLK, which is 25% off through Monday with code MLK2520.

We have also included our new interview with Judith Butler and Brandon M. Terry, in which they touch on how Butler’s work on grievability and nonviolence continues King’s legacy. “He said many of the same things you’re saying,” Terry states, “but in his embodied performance, he also tried to disrupt that systemic violence without inviting the destruction of the lives of either the authors or ignoble spectators of oppression. He wanted to preserve his enemies’ lives as well.”

Canonization has prevented a reckoning with the substance of King’s intellectual, ethical, and political commitments—he has become an icon to quote, not a thinker and public philosopher to engage.

Reagan, who thought little of MLK, used the creation of a national holiday honoring King as a way to coopt his legacy. Ironically, this enabled Reagan to oppose key civil rights laws in the name of aligning himself with King’s supposedly colorblind dream.

MLK was a divisive figure. The celebration of his legacy as one of unity serves to erase his politics from public memory and preserve the status quo. In our own divided moment, we must reacquaint ourselves with King’s radicalism. 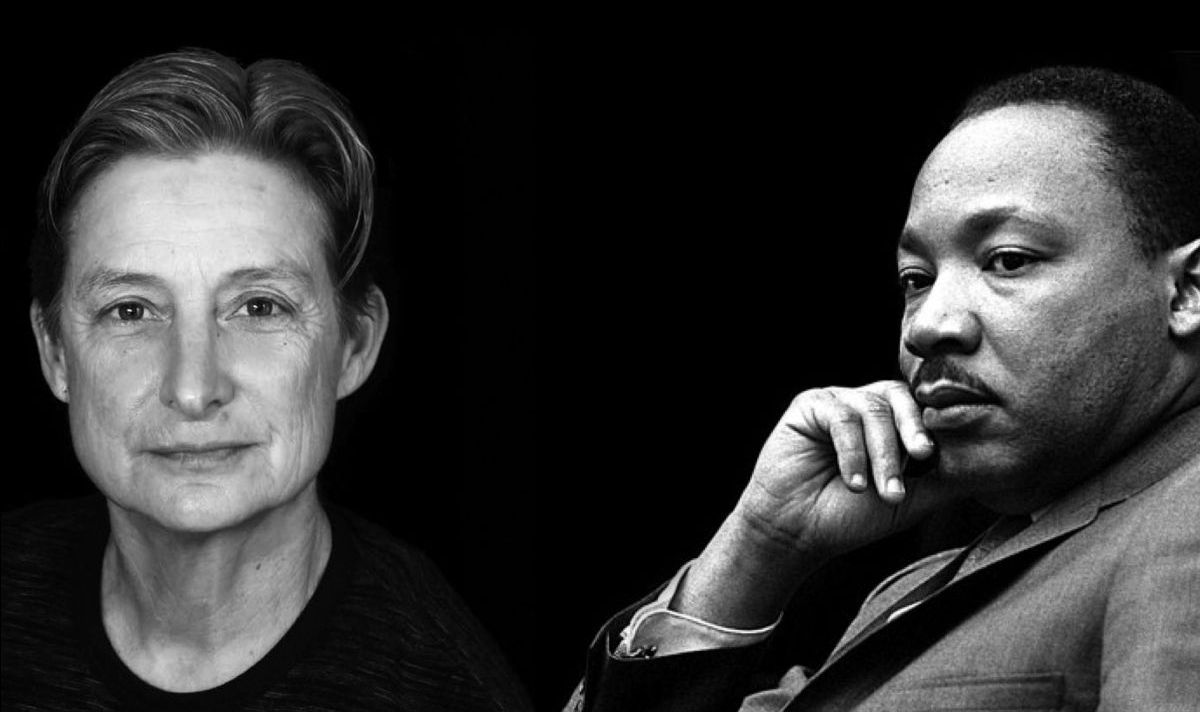 “King tried to disrupt that systemic violence without inviting the destruction of the lives of either the authors or ignoble spectators of oppression. He wanted to preserve his enemies’ lives as well.”

“King’s antiwar critique unsettles something very insidious and essential to the reproduction of empire. Cleaving it off was the price of admission into the U.S. pantheon of heroes.”

Brother Martin Was a Blues Man
a discussion with Cornel West

“In the last year of his life, King went much further than simply declaring his opposition to the Vietnam War. He also declared his hostility to U.S. militarism in all its forms and asserted that such hostility was integral to his account of black freedom.”

The Almost Inevitable Failure of Justice
by Thad Williamson

The persistence of black poverty has become a permanent feature of U.S. democracy. The question for us is the same as it was for King fifty years ago: “Where do we go from here?”

Boston Review is a public space for the discussion of ideas and culture. Sign up for our newsletters and don’t miss a thing.